Canadian National Railway Company has reported record second-quarter revenues alongside profits that surged past expectations, due in large part to a spike in crude oil and container sales figures. 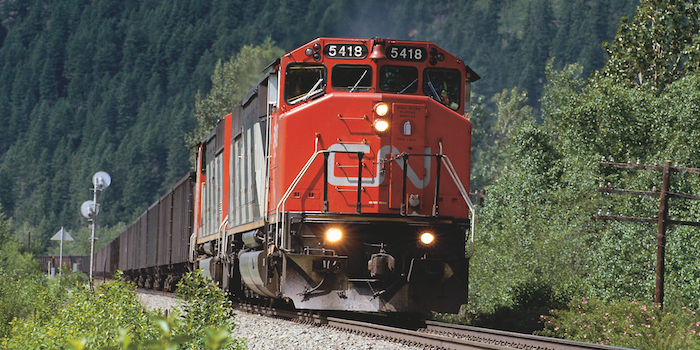 The country’s largest rail operator says that the windfall stemmed from higher fuel surcharge and freight rates, as well as larger coal and US grain volumes.

The spike came despite a 40 percent drop in shipments of Canadian grain – usually CN’s top-selling commodity, but far outpaced last quarter by oil and chemicals – which led to a drop of less than one per cent in overall grain and fertiliser sales.

Doug MacDonald, CN chief marketing officer, said: “US grain and coal continues to remain strong due to the unfortunate war in Ukraine and the sanctions on Russia.”

On an adjusted basis, diluted earnings shot up by 30 percent to $1.93 per share from $1.49 per share in the second quarter of 2021. The figure topped analyst expectations of $1.75 per share, according to financial data firm Refinitiv.

CN affirmed its earnings forecast of between 15 percent and 20 percent growth in adjusted diluted earnings per share for 2022, after lowering its outlook from a target of 20 percent three months ago.

CN continues to target an operating ratio – a measure of the railway’s efficiency that divides operating expenses by net sales – of just under 60 percent, compared to its more ambitious January goal of 57 percent.