Magellan Midstream Partners and LBC Tank Terminals (LBC) are expanding the infrastructure of Seabrook Logistics by increasing its crude oil and condensate storage and pipeline assets in the Houston Gulf Coast area.

The expansion is currently estimated to cost $250 million and be operational by mid-2018, subject to receipt of necessary permits and regulatory approvals.

In anticipation of the growing volume on Magellan’s Houston crude oil distribution system, Magellan is enhancing its infrastructure by separately investing an additional $70 million to build a new 24-inch diameter pipeline from its East Houston terminal to Holland Avenue. Magellan’s new crude oil pipeline segment is also expected to be operational by mid-2018.

If warranted by market demand, Seabrook Logistics could also construct an additional 3 million barrels of storage, a second 24-inch diameter pipeline between the Seabrook Logistics’ facility and Magellan’s Houston crude oil distribution system and a second Aframax ship dock, which may be expanded to a Suezmax-capable ship dock. Subject to receipt of necessary permits and regulatory approvals, portions of these additional assets could be operational beginning late 2018.

Seabrook Logistics is currently in the final stages of constructing more than 700,000 barrels of new crude oil and condensate storage and a new 18-inch diameter pipeline, which will connect to an existing third party pipeline to ultimately transport crude oil to a Houston-area refinery beginning in the first quarter of 2017.

If the facility were fully built as proposed, Seabrook Logistics would provide deep-water access through two industry-standard Aframax docks with up to a 45-foot draft, more than 5 million barrels (795,000 cubic meters) of new storage capacity and pipeline connectivity with refineries and terminals throughout the Houston Ship Channel and Texas City. 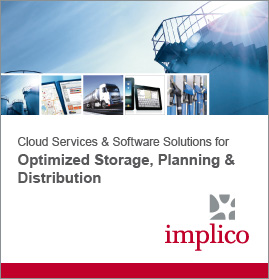