The terminal will provide storage and handling services to the Ceyhan Petrochemical Industrial Zone, which is being developed by Rönesans Holding. The terminal will initially provide services to Ceyhan Polipropilen Uretim, which is the first investment being developed within the Ceyhan Petrochemical Industrial Zone with the aim of producing 450 KTA polypropylene annually. 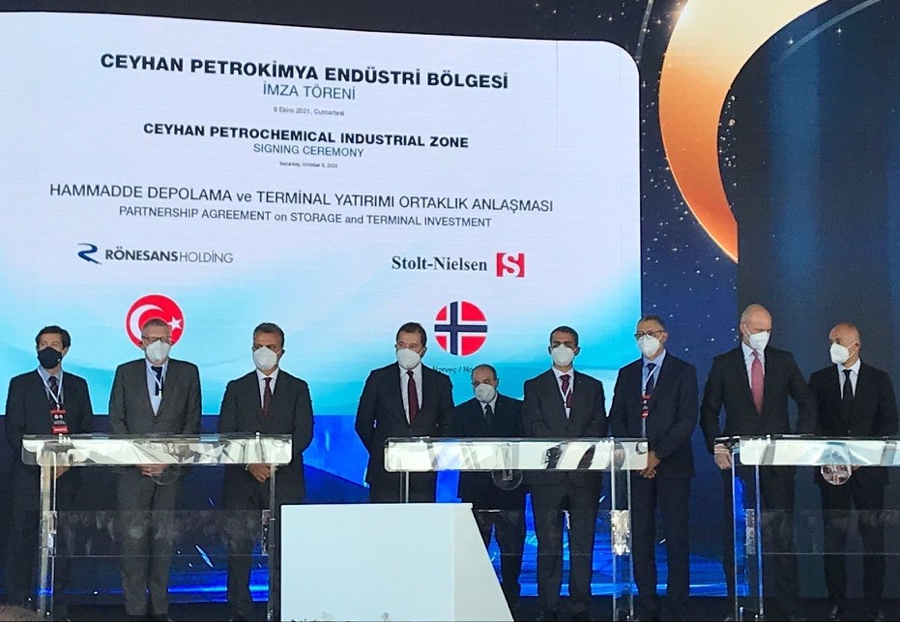 Ceyhan Polipropilen Uretim announced that it has selected LyondellBasell’s Spheripol technology for the Polyproplyene unit. Plans for the terminal include the construction of additional storage capacity which will likely be added during the first phase of the project to serve customers who have expressed an interest in the import and storage of liquified petroleum gas (LPG). A final investment decision is expected in the fourth quarter of 2021, subject to final internal and external approvals.

Guy Bessant, president of Stolthaven Terminals, commented: “The terminal will initially focus on the safe and efficient handling and storage of industrial gases, but early market studies also indicate that there is potential to develop chemical storage capacity to service the Eastern region of Turkey, which is currently serviced mainly by trucks from the West of the country.

“The investment in Turkey, a country with a growing economy and strong demand for chemicals, would be complimentary to our existing global network and increase the reach of the supply chain solutions that we are able to offer our customers.”