Liquefied natural gas (LNG) tankers are burning dirtier fuel oil than normal to try to conserve as much of their LNG cargo as possible after the price of the super-chilled fuel soared above oil, trade and shipping sources have told Reuters.

LNG tankers often use some of their natural gas cargo – stored in liquid form at minus 163 degrees Celsius – to help power the ship, as a small portion of the LNG tends to evaporate or ‘boil off’ during transit and needs to be removed from the tanks anyway to avoid the build-up of pressure. 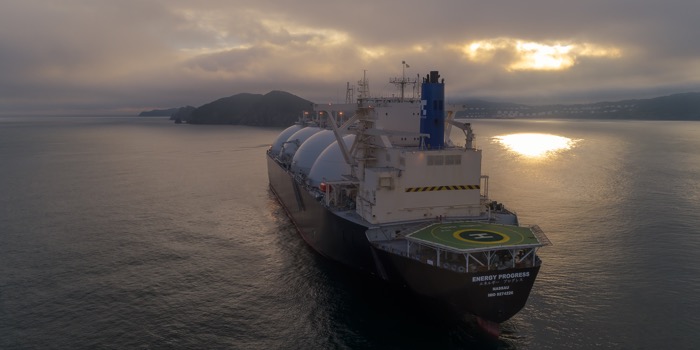 When gas prices were lower, they chose to boil off more of these cargoes over-using fuel oil to power the ships. But the current price of LNG is so high that ship operators are trying to avoid using more than necessary of the stored gas for fuel, and are instead relying on cheaper fuel oil, shipping sources said.

“It’s unusual for fuel oil to be cheaper than LNG, so traders are taking advantage of the cost economics to save on voyages,” a Singapore-based shipping source said. Spot LNG is currently about $200 a tonne more expensive than the fuel oil used in the marine fuel sector in the bunkering hubs of Singapore and Rotterdam, the sources said.

Older LNG tankers run on steam turbines that burn a combination of heavy fuel oil and “boil-off” gas, while newer vessels built after 2014 have dual or tri-fuel diesel engines that burn a mixture of marine gasoil and boil-off gas, which are typically more efficient.

Over the past few years, gas prices traded well below fuel oil or marine gasoil prices, so LNG tankers typically relied mainly on the boil-off gas for power, but a spike in spot LNG prices over the past year has placed fuel oil at a steep discount to LNG and made it the main fuel of choice.

Trader’s shipping cargoes over short distances are especially likely to maximise fuel oil use in order to extract maximum value from their cargoes and save on operating costs.

“Some of them are more aggressive on economics, so they will use more fuel oil if that is much cheaper, but that will mean the ships need to bunker more,” a second shipping source said. “The LNG ships typically have limited space to store fuel oil or marine gasoil, which means they need to make more stops to refuel.”