Tata Steel has installed a new high-tech gas enrichment station to its Port Talbot plant in south Wales to help reduce reliance on natural gas, lower emissions, and save millions of pounds each year. The investment comes a month after it was reported that Tata has threatened to shut down operations if the UK government does not agree to £1.5 billion of subsidies to help it reduce carbon emissions.

The Port Talbot site currently generates over 70 percent of its own energy requirements by using process gases to both replace natural gas and to generate electricity through its onsite power plant, which was upgraded with a new £37million turbo alternator in 2021. The 30MW turbo-alternator has reduced emissions from external power generation by more than 40,000 tonnes of CO2 a year, Tata says. 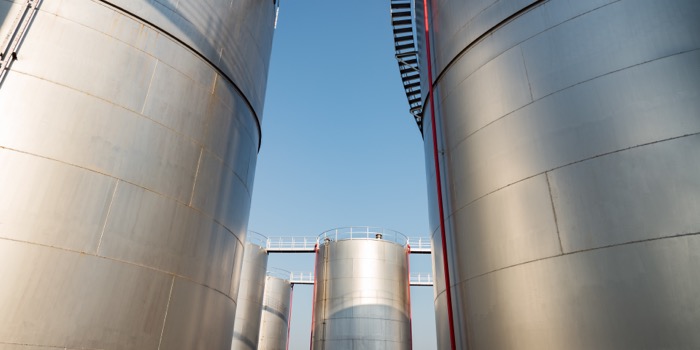 Until the new gas enrichment station, on-site gases used in the power plant have been constantly supplemented with imported natural gas to even out any variations in calorific value. The station cost around £400,000 and tops up the site’s native gases only when it is required, minimising the consumption of imported gas.

Tata Steel’s project process engineer Imran Shabbir said: “Our on-site boilers use site gases such as Blast Furnace gas to generate steam. The energy content – or calorific value – of that gas occasionally drops, so we have been using large volumes of natural gas as a secondary fuel to combat this.

“Now however, since natural gas is only injected when the calorific value of the Blast Furnace gas is low – as opposed to the continuous firing we had previously – we are able to reduce natural gas consumption in our service boilers by around 80 percent, which equates to around 3,300 GigaJoules a week.

“There is also a significant environmental benefit, as the project will reduce CO2 emissions by more than 10,000 tonnes a year. We’re not resting on our laurels, though. Given the ongoing trend of rising energy costs and the potential savings on the table, we will continue to focus on the company-wide reduction of natural gas.”

The investment in cutting emissions at Port Talbot come a month after The Financial Times reported that Tata could shut operations down if it did not receive £1.5 billion in subsidies to help reduce emissions. The report said that Tata has been in talks with the UK government about decarbonisation plans, but discussions had stalled.