Unifeeder’s ELBBLUE was fuelled with liquefied SNG for a trial voyage. The liquefied SNG, produced at Kiwi’s Power-to-Gas facility in Werlte, Germany is a synthetic form of LNG that is carbon-neutral and generated from 100 percent renewable energy. 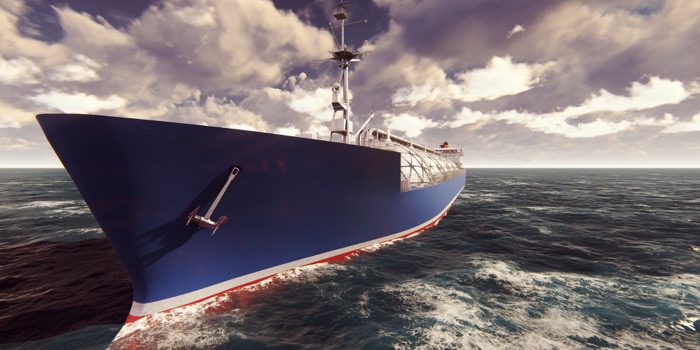 With a blend of 20 tons SNG and 20 tons conventional LNG, ELBBLUE is expected to save approximately 56 tons of carbon output on its coming voyage to Saint Petersburg, as opposed to operating on 100 percent LNG.

With the European Commission releasing a proposal this year requiring the shipping industry to reduce emissions to net-zero by 2050, the development and testing of revolutionary energy sources such as liquefied SNG is an important step in carbon reduction for the industry.

The trial comes as Unifeeder, owned by DP World, has launched an Actual Emission Tracker, a tool that allows for users to calculate greenhouse gas emissions at a specific TEU level.

The Actual Emission Tracker is designed to give companies insight into the carbon impact of their activity, assisting with the measurement tools required to track and reduce carbon emissions.

Should the trial be successful, it is hoped that renewable SNG and dual-fuel engines can be used to reduce the shipping industry’s carbon output.