Port of Fujairah expecting record throughput for liquid bulk in 2021

The Port of Fujairah, the world’s third-biggest bunkering hub, is expecting a record year in throughput for its liquid bulk volumes as the facility continues to grow its services and terminals boost operations, its business development manager has said.

“Liquid bulk is outperforming our expectations,” Martijn Heijboer told the Fujairah APPEC virtual workshop 2021 organised by the Dubai-based Gulf Intelligence. “Depending a bit on how Q4 is going to be, it is going to be another record year in terms of throughput of liquid bulk, handled through the port and but also for Fujairah overall.” 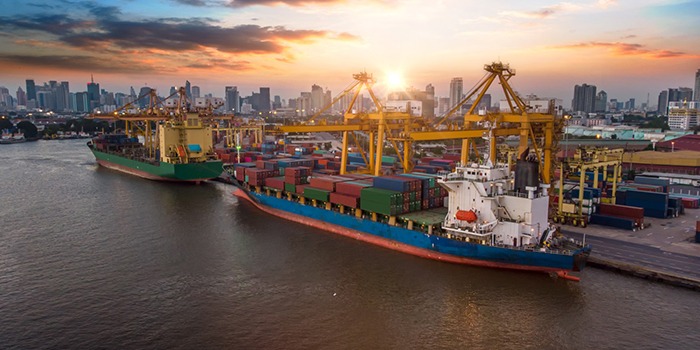 ADNOC is also “on target” to link its crude facilities to the port’s matrix manifold system, Heijboer said: “The ADNOC project is ongoing, and this is to be completed very soon when they connect their current terminal to us. It is in the final stage to happening and to test the system.

“I think it’s important to state, it is mainly a contingency connection. The reason why ADNOC is connecting the port is giving them options to use the VLCC jetty and berths as well as their own.”

ADNOC’s plans to connect its crude oil storage facility to Fujairah’s manifold, expected in the fourth quarter, “does change the flow a little bit,” Chris Bake, member of the executive committee at Vitol, said.

Asked if the ADNOC connection will be a game changer, Bake said: “It’s another dimension to consider. It’s not going to be massive, the amount of available crude storage is not massive.” He added that he is not aware that ADNOC wants to sell the crude FOB and leave the oil in Fujairah. “It’s a contingency,” he said.

Fujairah Oil Terminal, the largest independent storage terminal at the port by throughput, has begun a $45 million project to connect its crude oil tanks to the port’s VLCC loading facility via the Matrix Manifold 2 and to ADNOC’s ADCOP pipeline, in a bet on a surge in oil trading from the newly-started Murban futures on the ICE Futures Abu Dhabi exchange.

The ADCOP pipeline is currently being connected to the port’s Matrix Manifold 2, which will be the basis of linking the ADCOP pipeline to FOT, Dave Noakes, senior managing director at Prostar Capital, which owns 40 percent of FOT.

Fujairah has strengthened its position during the pandemic, with plans to connect the emirate by rail with the rest of the UAE and ADNOC building crude storage caverns in its mountains.

ADNOC is developing underground caverns at Fujairah that will be able to store 42 million barrels (6.72 million m3) of crude oil. The project may face delays because of the pandemic, Captain Ali al-Abdouli, deputy manager of FOTT said.

“Like any other project, there was I think a slight impact by the pandemic,” said Abdouli. “I think ADNOC is going to try their best to meet their target.”

UAE-based Ecomar and Brooge Petroleum and Gas Investment Company are also expanding their storage facilities at Fujairah, which is located outside the key shipping chokepoint of the Strait of Hormuz.

Fujairah officials expect growing crude storage and trading will be a game changer for the port, which currently handles mainly oil products.