Suncor celebrates one billion barrels of in situ production

Suncor hit a major milestone this month as our in situ oil sands operations produced their combined one billionth barrel of oil. The milestone was 20 years in the making for our MacKay River and Firebag facilities, which began producing in 2002 and 2004 respectively. The achievement represents our commitment to ingenuity, innovation and investment in improving technology.

“One billion barrels is an exciting milestone for Suncor’s in situ operations,” says Shelley Powell, Senior Vice President, E&P and In Situ. “I’m incredibly proud of all of our employees and contractors who’ve contributed to the success of MacKay River and Firebag over the past 20-plus years.” 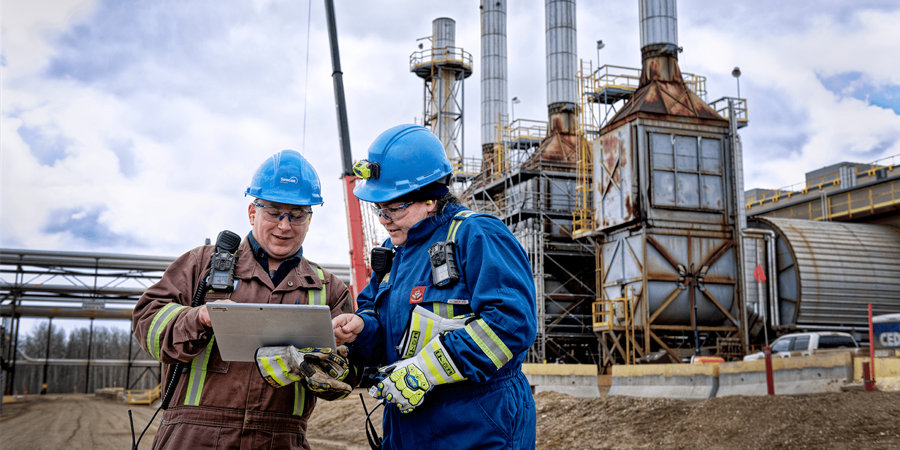 Located near Fort McMurray, AB, both sites use steam assisted gravity drainage (SAGD). The process involves drilling horizontal pairs of wells and injecting steam into reservoirs to reach bitumen deposits too deep for mining. The steam heats the bitumen allowing it to be pumped to the surface where it’s processed before being piped to our upgrading facilities or direct to market.

Dale Bayford, a senior operations support trainer at Firebag with more than 40 years spent at Suncor helped introduce in situ. Dale worked on some of the in situ pilot projects ahead of commissioning Firebag.

“The start-up of Firebag was really something,” Dale remembers. “If you didn’t see it from the beginning, you’d hardly believe what’s there today. There wasn’t a lot built in the early days.”

But even early on, Dale and the team were optimistic about the facility’s future.

“The location of Firebag was chosen because of an unbelievable oil reserve. There was no question about the quality of the reservoir,” says Dale.

Firebag produces 215,000 barrels of bitumen per day during normal operations. MacKay River, which recently celebrated 20 years of production, adds another 38,000 barrels per day.

For Dale, it isn’t the numbers that make the assets so successful.

“The thing that has always stood out to me is all the great people. When I do finish up my career, it’s the people I worked with that I’ll remember most,” explains Dale.

That sentiment is echoed by Patrick Spargo, a specialist process engineer at MacKay River, whose entire 21-year Suncor career has been spent with our in situ operations.

“You know most people by name. And those personal relationships are what make it enjoyable, but also successful, in that we all have an incentive to do our best for our colleagues,” says Patrick.

Thank you to our teams who have contributed to our first one billion barrels of in situ oil sands production!