On July 28, TC Energy said that, using an open season that dates all the way back to 2019, it aims to continue to ramp up Keystone volumes through the end of 2022, but declined to provide specific volumes, citing commercially sensitive deals. TC says that it placed almost one-third of its open season contracts into service during the past quarter. The goal also is to grow the southern leg of the Keystone network, the Marketlink Pipeline, which runs from the Cushing, Oklahoma storage hub to the Texas Gulf Coast.

François Poirier, CEO of TC Energy, said during a July 28 earnings call: “We safely reached nearly 610,000 b/d a day as we placed about 30 percent of the 2019 open season contracts into service. We’re increasing long-haul volumes on Keystone, and we’re also working to increase utilisations on Marketlink.” 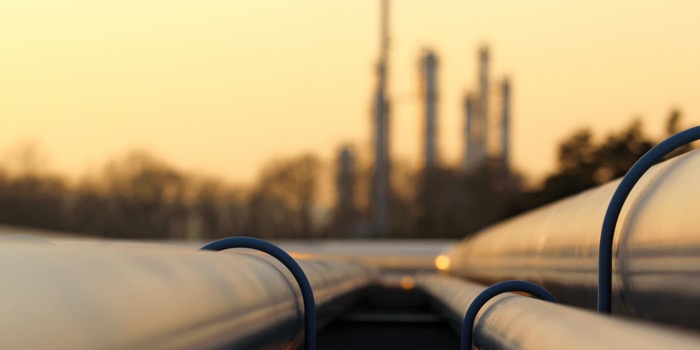 TC Energy continues to take smaller, measured steps to grow Keystone after the 2021 cancellation of the infamous Keystone XL Pipeline project, which became the political epicentre of the climate change battle, and had its permits revoked when president Joe Biden entered office. The $8 billion Keystone XL project would have increased production to 830,000 b/d of heavy crude. The 1,200-mile XL pipeline from Alberta to Nebraska would have connected to the existing Keystone system.

In 2021 TC Energy also put its base Keystone system open season on hold, following the axing of Keystone XL and a reduction in crude demand during the worst of the COVID-19 pandemic.

However, TC Energy now wants to move more Canadian volumes — and US shale barrels — through its 2,700-mile Keystone system, which includes Marketlink. The Marketlink Pipeline can move 750,000 b/d from Cushing to Nederland, Texas. The Keystone Houston Lateral provides an additional, 47-mile expansion to Houston markets.

The question is how much higher TC plans to grow base Keystone’s capacity.

TC Energy for years has planned and delayed a 50,000 b/d capacity expansion to Keystone through optimisation efforts. Also, TC sought to add 80,000 b/d to base Keystone through open season contracting if other barrels were moved onto Keystone XL. Former President Donald Trump in 2020 issued a permit to allow the existing Keystone system to expand its capacity up to 760,000 b/d from 590,000 b/d.

On July 28, TC Energy said it has $200 million in capital dedicated to overall liquids pipelines capacity increases from 2022 through 2023.

Bevin Wirzba, the company’s executive vice president of strategy and group executive of Canadian pipelines, said profits in the second quarter benefited from stronger Keystone volumes, but suffered headwinds from some weaker Marketlink volumes. TC Energy has an open season in 2022 for new Marketlink contracts amid higher crude oil prices and rising US and Canadian production volumes.

TC Energy also recently expanded its Houston storage tank terminal to accommodate more volumes. And, currently, TC is building a 3.5-mile pipeline link from the Netherlands to North America’s largest refinery by the Motiva Terminal at Port Neches, Texas. That project is expected to come online by the end of the third quarter.

Wirzba said of Marketlink and the Port Neches lateral: “Both of those open seasons were very successful.” He explained that the aim is to soon turn Marketlink from a financial headwind to a tailwind.

In the meantime, the FBI is investigating the July Keystone disruption that forced the nearly weeklong reduction in capacity.

The company declared force majeure on the pipeline network on July 18 and operated all of the following week at a reduced, but unspecified, capacity, while electric transformer repairs were completed. Pricing impacts were limited due to the relatively short nature of the disruption and because some crude oil flows continued at a lesser capacity.

AJ O’Donnell, product team director for East Daley Capital, said the disruption shines a light on the vulnerabilities of North America’s energy infrastructure and how easily the second-largest source of Canadian crude into the US can be impacted. US refiners, especially along the US Gulf Coast, are increasingly reliant on heavy Canadian barrels with supplies limited from the rest of the world.

O’Donnell said: “It’s always concerning when a huge pipeline like this goes down, especially in a constrained market like Canada is right now. It definitely can impact prices and send more volumes to rail.

“Obviously if the situation had dragged on, the situation starts to compound. We just don’t have the diversity of supply right now with Russia cut off.”