The terminal will have annual handling capacity of 7.56 Mm3 (million cubic metres) of gas bulk, 33.6 Mm3 of liquid bulk and liquefied petroleum gas (LPG), 24,000t of general cargo, 30,000 TEUs, and about 1.84 Mt of miscellaneous cargo used for oil and gas exploration and production. 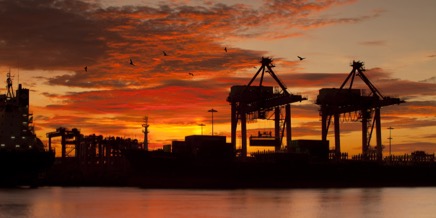 With a total area of 6.6 Mm2, Tepor will also operate with offshore support vessels and provide logistics services to E&P operations.

The project foresees the construction of an LNG and a floating storage regasification unit to handle around 630 Mm3/month of LNG. The re-gasified fuel will reach the national grid through an onshore pipeline.

Tepor will also have a multi-use 672m pier with two mooring berths to receive vessels transporting gasoline, diesel, ethanol, natural gasoline, biodiesel and bunker oil. It will be capable of handling 280Mm3/month of fuels, to be distributed to the north of Rio de Janeiro state, the south of Espírito Santo and east of Minas Gerais.

The offshore vessel pier will have eight mooring spots and one heavy lift berth for heavy cargo handling. The installation may receive all types of offshore support vessels, especially platform supply vessels of up to 500 TPB (gross tonnage).

The undertaking is planned to be deployed in 144 months, creating 4,000-5,360 jobs during peak construction in the 28th month.

Macaé is one of Brazil’s main oil and gas hubs, concentrating key terminals, such as Petrobras’ Imbetiba and Cabiúnas (Tecab), as well as a myriad of goods and service providers.

Next to Tecab will be the Marlim Azul thermoelectric power plant, the first to be fired by natural gas produced in pre-salt fields. The project is developed by the Pátria Group, Shell Gas and Mitsubishi Hitachi Power Systems America.